Richard Cherenkov – Behind The Boards

Richard Cherenkov as a music producer and composer has made UK Top 40, UK Download Top 40, Billboard Charts, whereas the samples and loops he designed appeared in world’s top-selling albums including Timbaland’s Shock Value, The E.N.D. by the Black Eyed Peas, Rihanna’s Loud, Jessie J’s Sweet Talker, SIA’s 1000 Forms of Fear and many more.

On the academic side of things, Richard holds a Master’s degree in ethnomusicology. Although his first musical instrument is the cello, he’s been working in the field of electronic music and samples production since 2004.

Get to know the Sound Designer for ThaLoops

Since 2004, I was a part of the production team at Modernbeats Inc. Learned from the industry professionals and made a dozen of products and demos – Urban Anthemz, Klub Klapz 2, Tribal Xplosion, Urban Guitar Loops, Vox Chantz and many more. Today, I own ThaLoops.com supplying aspiring young producers and industry professionals with sound libraries for urban contemporary music production. It’s been over 13 years!

I call it Timbo style, it’s inspired by Timbaland, Danjahadz, and The Neptunes production style. I like to blend raw acoustic elements with dirty electronic sounds into a groove.

I’ve finished a project for Scott Storch, being a fan of his production and now making something together with him is a great feeling of accomplishment. If we talk about modern electronic music producers – Josh Pan, listen to his beats.

I’ve got surprised to hear my sounds from a totally different angle. I made a voice sample pack with an idea to bring a fresh voice sound to the market of sound libraries. These were traditional Russian throat singing samples, which sound very specific thus very hard to adapt to urban music productions. Today, they have become an absolute hit. So I was excited and thrilled to hear them appear in the official Apple HomePod commercial – and a part of the Phantogram’s Billboard Top 9 “Three” song or in the productions of one of my favorite producers – Diplo!

Firstly, build a great sounding drum beat, only then add other melodic elements without interrupting the groove.

I wrote a short article on mixing hip hop beats, hope you will find it insightful.

I find the most inspiration from Timbaland, Danjahandz, and The Neptunes, although the spectre of musical genres does not end with these three names. Great music is what matters to me. I love Metallica, I think Josh Pan is a genius, Skrillex is, too.

If you’ re interested in serious and not so serious music production related things, follow @richardcherenkov on instagram. He does ThaLoops sample pack giveaways and promos, too! 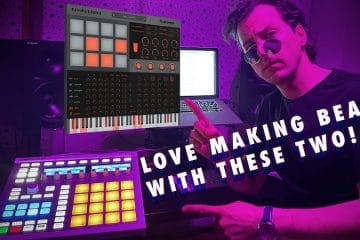 Love Making Beats With These Two 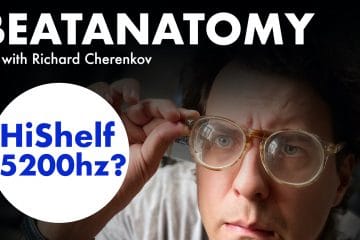 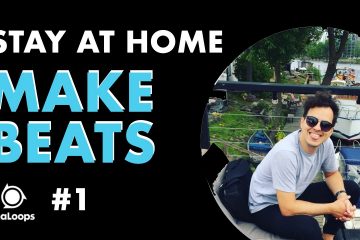 Use These Mixing Tricks on this Emotional Beat